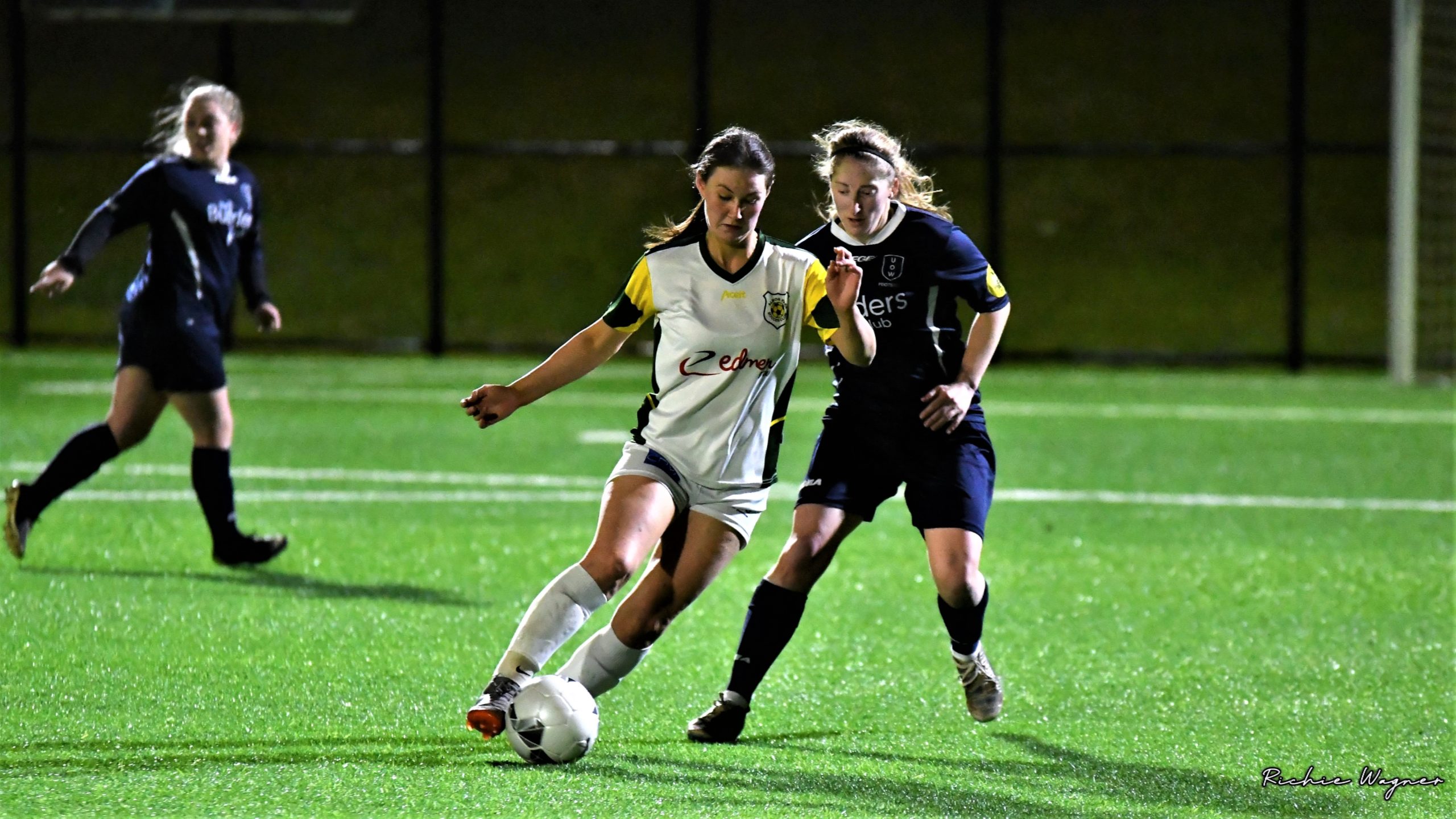 Albion Park secured a vital 2-0 victory over University at Ian McLennan Park putting the side into pole position for the title. Eliza Cowan was instrumental in the reigning champions’ win netting a brace. The first of which came with a quarter-of-an-hour played as she converted a Brittainy Ring cross from the right-hand side before grabbing her second later on in the half rifling a shot into the roof of the net from the right-hand side of the box.

Albion Park started the half with great intensity and just eight minutes in created their first opening. A ball played over the top centrally caught the University defence on the back foot seeing Eliza Cowan played through face-to-face with University shot-stopper Hannah Farrugia. Cowan powered a shot goalwards which prompted an important save from Farrugia diverting the ball away for a corner. Three minutes after this, Cowan found herself one-on-one again with Farrugia but this time the ball got away from the forward seeing her lunge for it producing a weak effort that was no threat to the goal. Albion Park continued to go in pursuit of an opening goal in the 15th minute, the side found it. Brittainy Ring delivering a cross in from the right-hand side which found Cowan free in the box where she was able to slide the ball under Farrugia.

Albion Park maintained the pressure and in the 34th minute, Brittainy Ring once again put a cross in from the right-hand side with the ball eventually falling at the feet of Cowan in the box who blazed her effort over the bar from close range. Two minutes later, however, Cowan did get her second goal of the game. A ball played into the right-hand channel allowed Cowan to latch onto the ball and send a thunderous strike into the roof of the net and double Park’s advantage.

With a couple of minutes to play in the first half, the Unicorns could’ve been level. Zoe Kalos turning well on the edge of the box and showing great awareness to find Lisa Tolson on the left-hand side who fired a shot just over the bar. A minute later, Kalos threatened again this time taking on a strike of her own and curling a shot onto the post from the right-hand edge of the box with Albion Park custodian Aleisha Chessell beaten.

Despite the late flurry of opportunities from the Unicorns, Albion Park went into the break with a two-goal advantage.

The beginning of the second period saw Albion Park’s pursuit of goals continue and resulted in two chances being created early on. The first coming in the 51st minute with Ring showing great skill to get to the by-line on the right-hand side and drill a cross into the box which was well held by Farrugia. A minute later, Ring threatened once more on the right-hand side again twisting the University defence inside out before taking on a shot from a narrow angle which Farrugia was equal to.

The 66th minute brought about a great opportunity for the Unicorns to halve the deficit with a miscommunication in the Albion Park defence seeing Lucy Crighton go one-on-one with Chessell but she was only able to get a toe on the ball allowing Chessel to smother the ball. With five minutes to play, Albion Park were awarded a freekick outside the box on the left-hand side. The ball whipped in found Ring free in the middle who from a tight angle forced an impressive save from Farrugia.

Albion Park went on to secure all three points – a result which sees the side go three points ahead of their opponents at the top of the table.

Park coach Macca Davis praised the side’s performance overall and was especially pleased with the performance of Eliza Cowan.

“I think we dominated there for a while”, Davis said.

“Uni [University] are a good team… in the last 15 minutes, they put it to us.

“We had a purpose, we wanted to put them under pressure in the first 15-20 minutes and we did that, scored a couple of great goals.

“She’s [Cowan] a good player…couple of those goals she got tonight… that’s great stuff.”