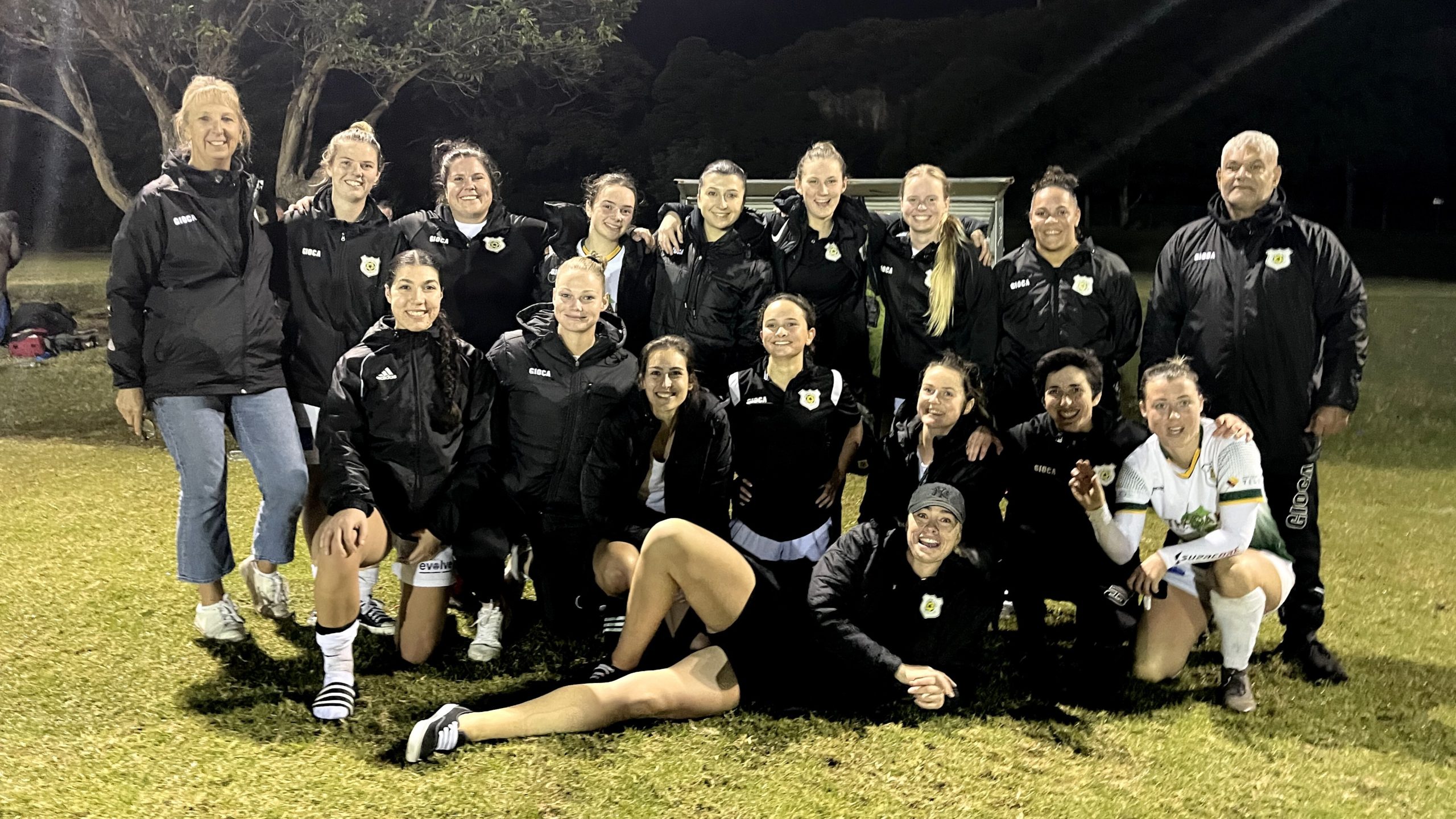 A second-half flurry secured Albion Park a 4-0 win over Kiama Quarriers in the Women’s Division 1 on Tuesday evening.

An undefeated Park side were able to net four goals in the last 20 minutes of the match to maintain their position at the top of the table.

An intense start saw several goal-scoring opportunities for both sides.

Albion Park had their first chance with Chelsea Tasevski getting a shot away but was unable to get past goalkeeper Stephanie Galway.

Just minutes later, Tasevski placed the ball onto her left-foot for a shot at goal from outside the 18-yard box but could not find the back of the net.

The Quarriers picked up the pressure minutes later with a free kick awarded to Angela Graham; her powerful shot denied by the crossbar.

Not long after, Louisa Glyde sped past her markers out wide before she took a long-range shot at goal but it was saved by Megan Blanch.

Park instantly reacted with a precise through ball from Casey-Leigh Suttle, sending Eliza Cowan in behind the defensive line before crossing the ball into substitute Robyn Moylan who sent the ball wide.

The Quarriers continued to have a flood of chances but struggled to get past Park’s makeshift defender Brittany Ring with the sides going into half time goalless.

A fast-paced second half saw both sides giving their all going forward.

In the 50th minute, Emma Cooper sent Henderson into space down the line before she cut the ball and took a long-range shot which didn’t trouble the goalkeeper.

It didn’t take long for Park to regain control with Sarah Alwert sending a low ball past the defensive line and into Cowan’s feet but she was denied by the crossbar.

Just two minutes later, Suttle took a powerful shot at goal, but it also collided with the crossbar.

Co-captain and centre-back Breanna Payne took space into the midfield before playing a precise ball into Henderson out wide who could not get her shot past Park’s backline.

It took until the 73rd minute of the match for Ring to inject herself into the front third; the Park captain taking in the Kiama defence before curling her shot around the goalkeeper to give her side the lead.

A minute later, Ring showed her class again as she again received the ball out wide before beating three of defenders before taking a left-footed shot was Galway was unable to keep out.

Park continued their scoring ways with Tasevski finding the back of the net in the 81st minute with a shot from just outside the 18-yard box.

Kiama continued to try and find a goal, but it would be in vain with Division 3 player Robyn Moylan coming on to net Park’s fourth just minutes before the full-time whistle blew.

After the match, Ring said she was exceptionally proud of her side who were without a handful of their regulars.

“We were so understrength,” she said.

“We only had 12 girls tonight with five of our starting line-up players out due to injuries, but I am so proud of the girls for hanging in there.

“Kiama is a tough team; they’ll definitely be in the finals, so it was a great win for us girls this evening.”