ALBION PARK TAKE THE STING OUT OF THE SCORPIONS 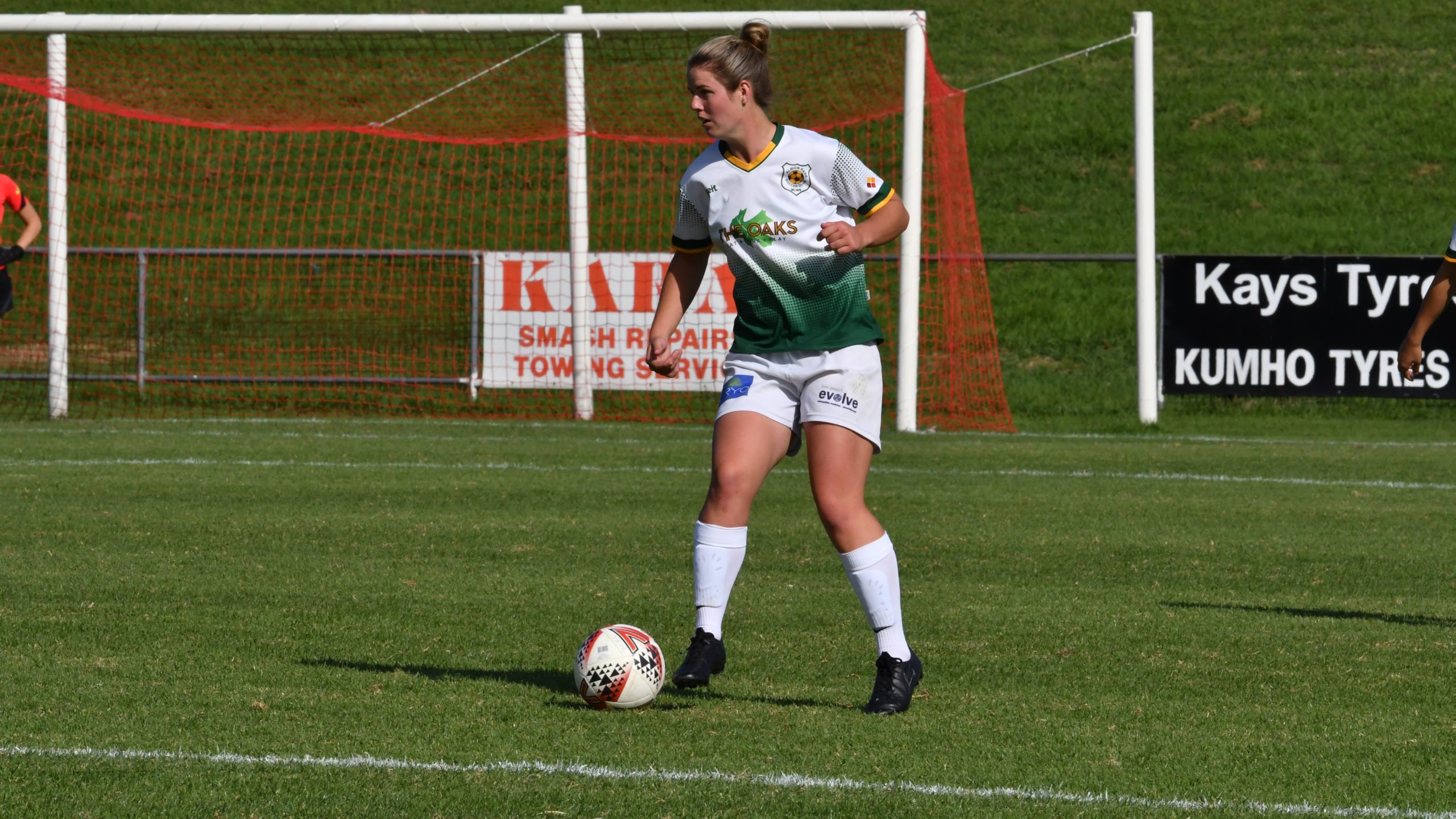 Two late goals from the undefeated Albion Park side saw them take home a 2-0 victory over Shellharbour Scorpions in a mid-week fixture at Terry Reserve on Wednesday evening.

The two sides battled it out until the final blow, but it was Park who was able to keep their top of the table position going into round ten.

It was an intense start to the match that saw both teams have several scoring opportunities in the first 20 minutes of the game.

Park had the first chance at goal with a precise corner ball into Christie Akid’s head who just missed the top corner.

The Scorpions found their rhythm just minutes later when Ebony Freeman played a low through ball into Nikola Wilson before taking a wide strike at goal.

It wasn’t long until Shellharbour had another chance with Lily Harrison picking up a rebound ball just outside the 18-yard box before taking a shot at goal but could not find the back of the net.

Albion Park’s reaction was instant when division two player Robyn Moylan sent a throw-in ball into Eliza Cowan before beating two of her defenders and took a powerful hit at goal, just missing the far post.

The Scorpions held their ground and soon after continued the pressure with a one-two between Tiana Reardon and Wilson before Reardon got a shot at goal but was denied by goalkeeper Megan Blanch.

Both sides continued to have a flood of chances but could not get past either of their strong defence line’s, going into the half time break goalless.

The second half started off strong with the Shellharbour Scorpions neatly passing the ball around the pitch, having a few scoring opportunities in the front third but could not succeed.

Just minutes later, Albion Park’s centre midfielder Casey-Leigh Suttle began to cause some havoc when she sent a precise long-ball over the top of Shellharbour’s defence line into Cowan who took a shot at goal but was denied by Mikaela Erdelyi.

Suttle continued causing destruction for the Scorpions when she took a long-range shot from just over the half-way mark, putting it past Erdelyi to take a 1-0 lead for Albion Park in the 58th minute.

It was just eight minutes later until Cowan was able to bag another goal for Park following a through ball into the six-yard box before neatly slotting the ball in the back of the net.

Shellharbour continued to look dangerous with just 20 minutes to go when Caitlin Walker played a ball into Reardon, beating two of her defenders before taking a low shot at goal but was denied again by the hands of Blanch.

Gorgia Lintescu and Walker both had golden goal scoring opportunities for the Scorpions but could not capitalise before the full-time whistle, securing Albion Park at 2-0 victory.

Albion Park continue their undefeated ways and remain at the top of the table sitting just two points in front of University Yellow. Meanwhile, Shellharbour now sit in fifth position on equal points with Wollongong United and Kiama Quarriers.

Park will host the Warilla Wanderers on Sunday in an afternoon fixture, whilst the Shellharbour Scorpions will travel to Kooloobong Oval where they’ll take on University Yellow, another undefeated side.