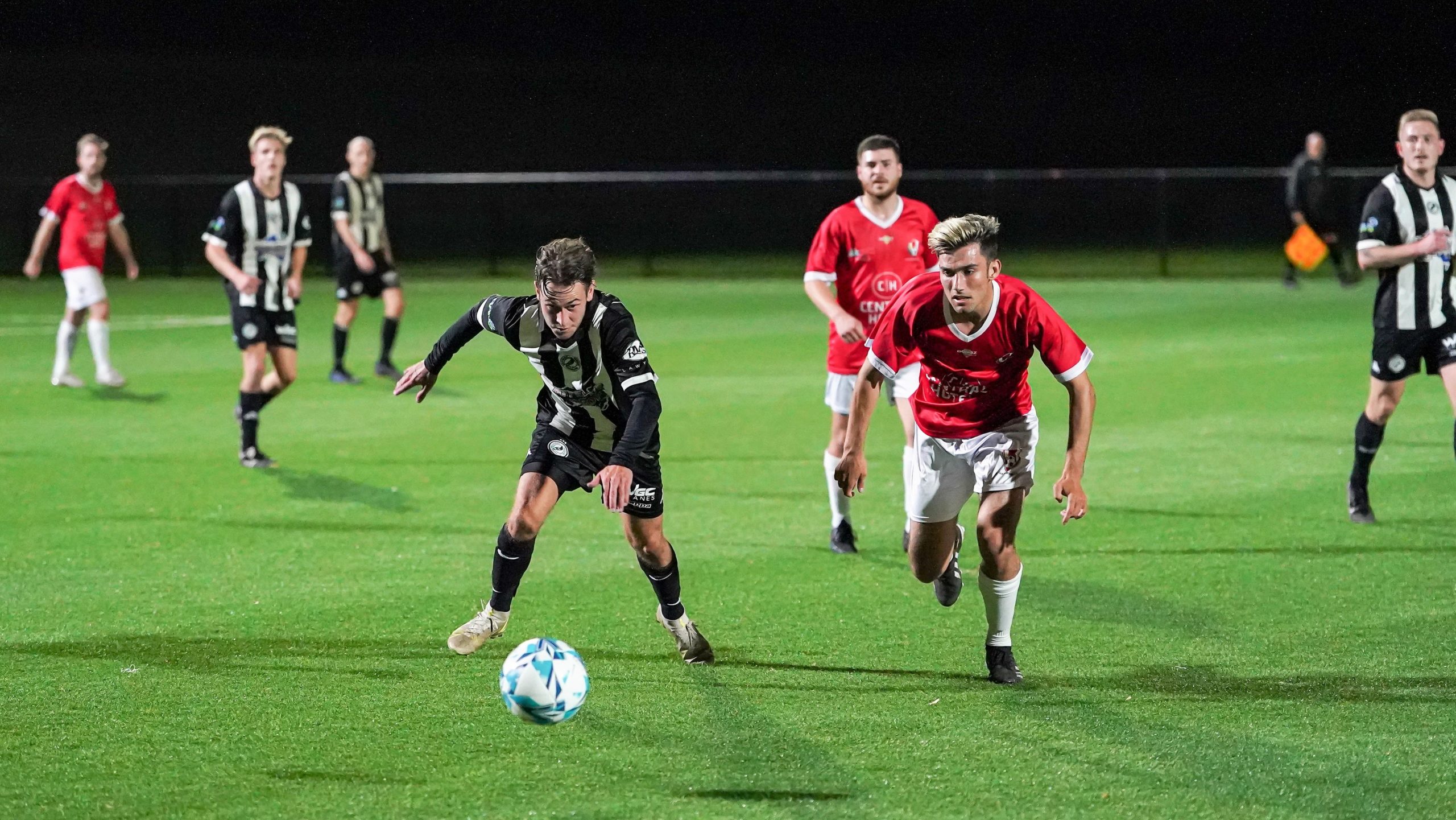 The defacto hosts had burst into a two-goal advantage by halftime, with Chris Hollingshead and Sebastian Dallas finding the net.

The Wanderers pulled one back just before the hour mark through Brenton Geribo but could not push on to restore parity.

Warilla started brightly, creating several openings within the first 20 minutes of the match.

A minute in, winger Elliot Smith saw a shot from the edge of the box go just past the left post, and five minutes later, Andrew Presilski’s glancing header fell wide of the same post.

With 16 minutes played, Adrian Montalbano’s freekick from the top of the box forced a sharp save from Damian Bedwell in the Balgownie goal to edge the ball onto the left post.

Not long after, Andrew Presilski had a shot from the edge of the box saved.

Despite Warilla’s early chances, the Rangers found the opening goal with 24 minutes played.

Striker Chris Hollingshead scoring a spectacular overhead kick from the middle of the box.

The Wanderers pursued an equalising goal straight away, with Andrew Presilski’s shot being deflected around the right post three minutes after the goal.

In the 35th minute, Smith picked up the ball on the left and had a shot towards the near post was saved by Bedwell to keep Balgownie in the lead.

Only a couple of minutes later, Balgownie doubled this lead.

Dallas played clean through in behind on the left channel before passing a composed finish past Mitchell Presilski in the Warilla goal into the far right corner.

Despite the Wanderers creating plenty of opportunities in the first period, they were down by two goals at the break.

The side came out of the sheds with a great purpose and looked to jag an early goal in the second half.

Ten minutes in, Kori Tzaneros took on a shot from long range that rolled into the gloves of Bedwell.

Warilla halved a deficit two minutes later, as a corner from the right was bundled into the net by Geribo, setting up a tense finish to the game.

Hollingshead almost extended Balgownie’s lead just after the hour mark; played in one-on-one with Mitchell Presilski, but he was unable to get a touch on the ball before the keeper grabbed it.

The Rangers continued to pile on the pressure as 66 minutes in, Jacob Miller set off on a darting run through the middle of the pitch before his shot from the edge of the box was saved.

Dallas could’ve had his second of the match moments later, having a shot from the left of the box that went wide of the left post.

In the dying embers of the match, the Wanderers nearly equalised as Jack Fowler had a first-time shot on the left from outside the box skew narrowly wide of the left post.

However, the Balgownie was able to hold on for their second win of the season.

The side is due to travel to Kiama next Saturday, who have lost their two previous games after a win in their first match of the season against Fernhill.

Warilla is scheduled to take on league-leaders Helensburgh next Saturday at Rex Jackson Oval.